Imagine if all the financial institutions in America created a deal that sounded anything like this.  “We are going to take 6.2% of every dollar you earn and deposit from now on and start putting it away, interest free, and we’re going to make your employer match it.  We will probably make a few dollars with that money, (maybe even a lot) but don’t you concern yourself with that.  All you need to know is that we are going to put that money into a “jar” for you and pay back some of it to you when you are no longer able to work and retire, until you die.  In the meantime, before you do retire or die, we are going to give it to people you don’t know and probably wouldn’t like for lots of different reason that we may deem appropriate..!  And here’s the best part, we actually will keep track of how much we put in the “jar” for you, just because y’know, we like to keep records and such; however, if you die before you retire or any time thereafter, the only person who will receive any of your hard earned money is your spouse if you have one.  If you don’t have one, we will overlook that you might have any kind of estate, and simply continue giving it to those other people you don’t know.  By the way, you have no choice in the matter.”

Several things would take place after the banks made such an announcement.  First of all, no clear thinking individual would willingly sign up for a “new deal” like that, the depositors would not only stop putting money in those banks, they would smartly withdraw every dime; they would force the government to put an end to the practice and round up the “banksters” immediately and lock them away for malfeasance, fraud, theft, and lots of other related crimes, which they of course would so that we’d continue voting for them.

But what a minute, what if that actually did happen..?!

Well, lo and behold, it did..!  In fact, it happened eighty-three years ago today.  However, the only difference to the above story is that it wasn’t the financial institutions that did the stealing; it was the Federal Government under the leadership of Franklin Delano Roosevelt.

They painted it with floral colored brushes, saying it was good for everyone; they paraded lots of older folks who looked like our dear old aunts and uncles, and who would be able to begin receiving benefits immediately since the government necessarily saw fit to “salt” the mine as it were.  They “salted” it with taxpayer dollars that they stole from the treasury; then they forced us via legislation to contribute to the program with a small percentage of every dollar we earned so that we could all have something to supplement our savings with in our Golden Years, and they stressed how important it was for a great nation to take care of the old and infirm.

And it all sounded good and even worked for a while until people started to wise up and realize that it would be nearly impossible to get back even a small fraction of what was put in because there were all sorts of rules set up to determine how much of a benefit you would receive.  If you kept working long after the age of retirement, they gave you less of a benefit; until at some point you received the “maximum” benefit; either way, you would never live long enough to get back what you put in.

The most simplified explanation of how it was supposed to work is as follows; once an individual started his or her working life, he or she enrolled in the Social Security System and a small percentage of their pay was deducted and matched by their employer who in turn sent it along to the Social Security Administration where it was added to the account of the worker.  When the program started there were lots more workers than retirees, so it was easy to keep the cash flowing; however, the worker/retiree ratio began to swing the other way rapidly as the “baby boomers” began to age and retire, so that now, there are not sufficient workers contributing to support those receiving benefits.  I.E., it is unsustainable and most certainly all but bankrupt.

A large part of the reason for the breathtaking deficit is that huge chunks of the monies deposited were allocated to other programs that were never intended to be part of the system. 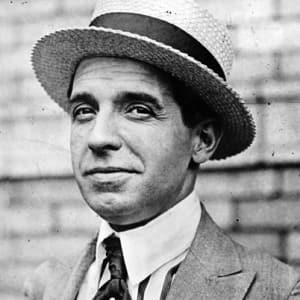 A major factor for this colossal failure is that the government, the same government that mismanages everything, gave itself control of mandated retirement funds instead of allowing a consortium of private money management firms to manage and invest those funds properly and allow for growth to create actual wealth for each individual.

Such a system could have used the same withholding percentages and allowed for everyone who contributed to it to build a tidy nest egg that would be willable to heirs and not be reliant on the work of others to maintain.  It would also have held the financial institutions accountable and liable for proper handling.

It couldn’t have been more of a scam if Charles Ponzi himself had dreamed it up…!

Read more of David’s posts on The Patriots Press!

US Constitution
Declaration of Independence
The Bill of Rights

* By completing this signup form, you are subscribing to our email alerts only.
In Abraham Lincoln's famous Gettysburg address, he echoed Jesus' immortal words, "...a house divided against itself cannot stand." (Mark 3:25) Perhaps now, more than ever, it is imperative that we stand together, kneeling before God and in an attitude of humility and holiness while reaching out to those around us in an effort to both heal and unite our divided land ... in God we trust.